How a Woman in Idaho Plans to Take Down Planned Parenthood

A longform history of the battle in front of one abortion clinic in the Chicago area.
Clinic Stories Link to Story

The March for Life's New Message: "Pro-Life Is Pro-Woman"

The crowds on the sidewalk in front of the Supreme Court for the 43rd anniversary of Roe v. Wade last Friday were smaller than in recent years. An impending winter storm, which later blanketed the city in almost two feet of snow, sent many of those who planned to attend the annual March for Life, an anti-abortion rally, home early in the hopes that they wouldn't get stranded in the nation's capital indefinitely.
Cosmopolitan Link to Story

The Huge Abortion Case That Nobody's Talking About

If there was any morning to be off the streets in Louisville, Kentucky, it was a Saturday in early May, as downpours flooded the streets and drenched pedestrians to the skin. Yet storms didn’t stop a hundred or so abortion opponents from gathering as early as 6 a.m. to celebrate Mother’s Day, one day early, outside of EMW Women’s Surgical Center, the only abortion provider in western Kentucky and southern Indiana.
POLITICO Link to Story

Opening an abortion clinic in the United States is never easy, and it's especially difficult in a state hostile to abortion rights. That's one of the reasons no one has attempted to open a clinic in Oklahoma since 1974 — at least, not until now. With the state down to just two clinics since the closure of Outpatient Services for Women in December 2014, Julie Burkhart decided to bring back abortion services to Oklahoma City, the largest metropolitan area in the country without a provider.
Rolling Stone Link to Story

Assault on Abortion in Alabama

Hundreds of thousands of abortion opponents had flooded Washington D.C., for the 41st annual March for Life, and a key vote was scheduled during their time in the capital. The so-called "fetal pain" ban, a federal bill that would make it a crime in all 50 states to perform an abortion after 20 weeks post-fertilization, was supposed to be an easy early victory for the now dominant GOP majority in both chambers of Congress.
Cosmopolitan Link to Story

The Next Battle in the Abortion Wars

In both 2006 and 2008, South Dakota’s voters rejected full abortion bans, and since then anti-abortion legislators have debuted a variety of abortion restrictions meant to close the last abortion clinic in the state or promote continuing unwanted pregnancies. Wade decision. Now, South Dakota may be laying new groundwork to end legal abortion at any point after the first trimester—first in the state but, also, if history repeats itself, for the country.
POLITICO Link to Story

“The victims deserve to be seen”

“As they were approaching that, the traffic slowed, and the gal behind me … slammed right into the back of me,” Christy Loftchick told the Hamilton Spectator in November 2013. “The airbag hit her. She was a mess.”. The debate over legal abortion continues to divide communities across the globe, but almost as divisive is the fight over the best means to advocate against the procedure itself.
Contributoria Link to Story

Montana was the only hope for women living 600 miles in any direction to obtain an abortion. Now there’s two clinics left thanks to vandalism. How long can they stay open? There is a nearly 1,200-mile-wide desert of abortion providers stretching from the western border of Idaho to the eastern borders of North and South Dakota.
The Daily Beast Link to Story

The Long Road to a Safe and Legal Abortion

That there is an abortion access crisis in Texas is beyond doubt. With the number of clinics in the vast state cut drastically in the past year, many have noted that Texas women are having to travel to other states to get the abortions they need. But a close look at the entire region shows that even crossing into a neighboring state does not guarantee a woman the procedure.
Slate Link to Story
View More Stories

A freelance journalist, Robin writes about abortion access primarily in red and rural areas, with a focus on state and city laws, providers, and pro-choice and pro-life activists. She is the co-author of "Crow After Roe," which depicts the biggest threats to safe, legal abortion and how red states have used these laws to make abortion legal but often unavailable for those who have the least resources. Robin’s articles have appeared at Cosmopolitan.com, Fusion, Politico Magazine, Rolling Stone, Ms. Magazine, Talking Points Memo, Slate, Daily Beast and other outlets. 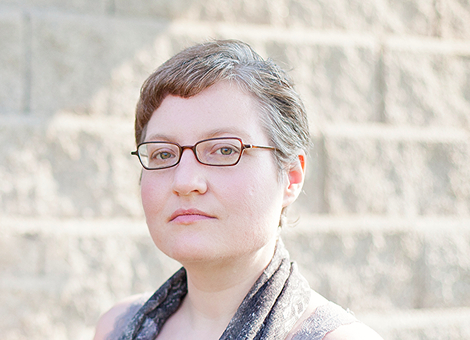